I worked through the day's beastly heat (upper 80's and humid, not normal weather for early May in New England) and am pleased to announce the launch of jeffmenzies.com, built in Drupal 6 with a custom subtheme based on Interactive Media. 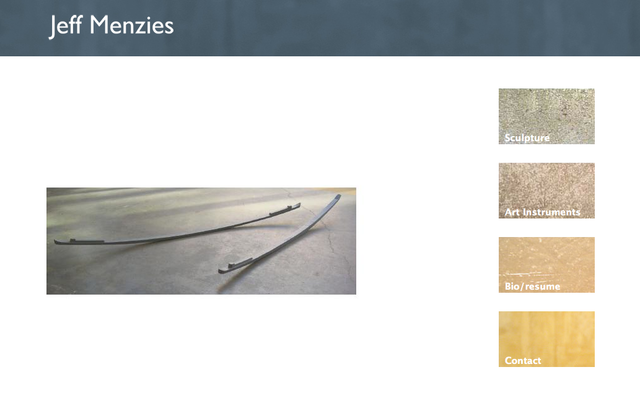 While some work had already been done on the site before this weekend, I would say that about 80% of it was done in the last 36 hours. This is partly due to the power of Drupal's theme layer, the Drush module, and of course Views and CCK... but I realized that it was also due to the fact that the parameters were refreshingly simple. Now that we've gotten used to the ability to slice and dice content in nearly any way imaginable, we have a tendency to overdo it... we try to cram too much information on home pages, and we overstructure content that lives underneath, creating elaborate tagging mechanisms and cross-linked views and meticulously formatted archives, timestamps, bylines, and profiles... often just because we can. I know I haven't forgotten what it was like to get a static HTML site like this 90% built, only to decide that a font color or some aspect of the layout needed changing; lots of find-and-replace, save, upload via FTP, reload, lather, rinse, repeat. It was miserable, and that was before you even got into working on actual content, which led to its own open-edit-save-upload-reload cycle.

So yes, it's very tempting to go crazy with multiple meticulous views of your data, because tools like Drupal make it so damn easy. By contrast, this site was a very enjoyable exercise in minimalism, and a useful reminder that in many cases, less can be more.

Postscript, September 2019: jeffmenzies.com was retired a few years back, but I encourage you to isit jeffreymenzies.com; in addition to sculpture, Jeff makes very fine banjos.